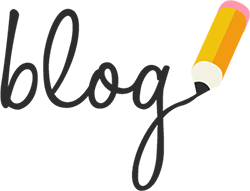 I have been dying to share this post for so long! My wedding shoes turned out to be quite a clandestine affair…

I’d fallen for a pair of Christian Louboutin shoes from a few seasons before that were totally out of my budget (as well as out of stock), so I decided to recreate them myself. I picked up a pair of heels that I liked the shape of from New Look, and following Bride Fairy’s direction (with a few quirky detours), I set about sticking on a gazillion tiny crystals to the shoes – all while Mr. Joy was out at football. He hadn’t a clue. Here’s how I went about it.

These are the shoes in their original state – I loved the shape and the peep toe but I wasn’t mad about the bow for the wedding so off they came with a few careful snips.

It didn’t matter that removing the bow revealed stitch marks and glue, they were soon to be hidden.

With my shoes freshly de-bowed, the bedazzling began in earnest. I picked up the rhinestones from Lardystick on eBay Lesley will be able to make sure you get the right crystals just ask for Lisa’s Special Order. I used about 3300 crystals in a mixture of 3, 4 and 5mm. Lesley also supplied the special glue and tools for lifting and placing the crystals.

Working in small sections I first spread the glue out on the surface of the shoe. The opposite end of the tool was useful for spreading.

Then I picked up the crystals individually and placed them onto the glue. I’m not gonna lie to you, this process was a long one. Each stone was hand-placed, working with a variety of sizes all the time.

I got so many compliments on the shoes and it was great to be able to tell people they were DIY! And even Mr Joy was delighted… he had been perplexed by the little rhinestones he kept finding in the sitting room even though I’m not one for sparkly clothes! I think he was relieved to realise he wasn’t going mad!

Altogether the shoes cost me about eighty euro, which was a massive saving against the price of those lovely Louboutins I had lusted after.